Hello everyone, I was recently browsing the Internet and happen to stumble upon a really great comic that’s I just finished reading and made me laugh and smile a lot and I just had to share.People around me literally thought I was crazy. It’s BFGFS created by PATABOT a.k.a patsy chen. Here are some of the things about her shown in her own way; 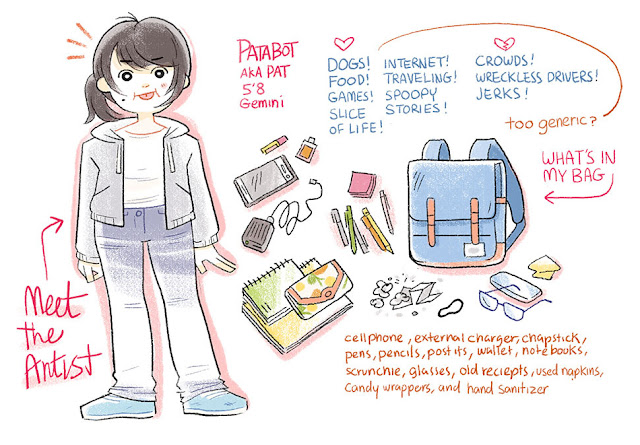 She’s a freelance in Brooklyn. She into comics,illustrations,storyboards and makes really cool design/misc.
Web address:https://m.tapas.io/series/BFGFS
Art blog: http://patabot.tumblr.com/
BFGFS short for boyfriend girlfriend syndrome talks about relationships from a new point of view making jokes about normal everyday things in a relationship. It talks about the stage in a relationship where you spend most of your time with that him or her and not as much time with friends, or when your with friends your talking/thinking about him or her 😂😂.PATABOT comic BFGFS is influenced a lot by adventure time(if you haven’t watched it you should it’s great) and a lot of comments about it, she even named her dog one of the characters in adventure time. A lot of her other interests are also shown in the comics from anime,to video games to far jokes and many more things.Its a fun and great comic to read that is not drama oriented which am sure we all already have enough of.
It’s just about a boy, a girl and funny and quirky things they do sometimes.
This are some of her comics that made me laugh 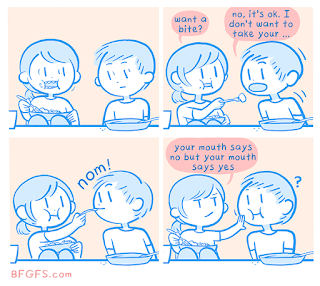 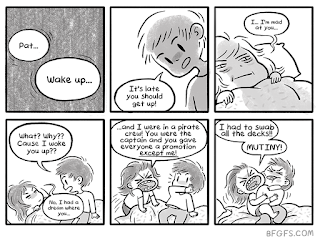 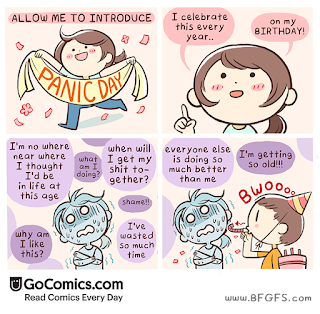 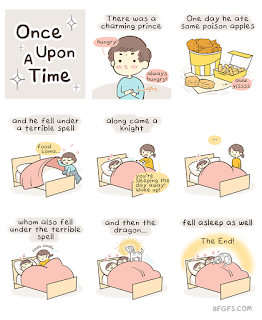 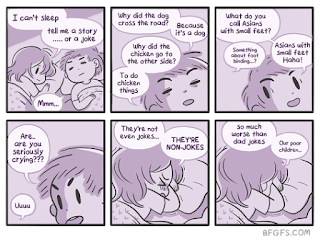 And congratulations Patabot on your wedding to your partner in crime Ray, wish you an even happier and funny life.