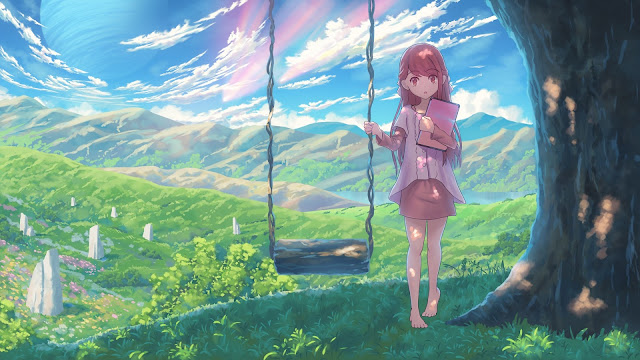 First of all, hello everyone am here again and I want to share with you a really nice anime I bumped into on my computer after what seemed like ages, since I downloaded and watched it 😂😂😂 .  And name of this awesome anime is Shelter, its by Porter Robinson whose an electronic musician and co – produced by Madeon. Made in 2016, but still really good.
Shelter is a short and tender story that can bring tears to even the heart of stone, it’s about a girl living alone in a virtual reality. Its an anime that as brought up a lot of questions of ;
“WHAT IS CONSIDERED ANIME”
Even though it’s rendered by Japanese animation studio A – 1 Pictures, artists and animators who produced hit anime Sword Art Online and Magi: The Labyrinth of Magic were involved in designing Shelter. Yusuke Takeda was the Art Director, who had work as the Art Director of two Sword Art Online movies, Ghost in the Shell movies and three Berserk movies which were really good anime with great art, which also shows in Shelter. Megumi Kouno, an animator for [email protected] and freelancer with A – 1 Pictures, directed character design and Storyboard Animation Director Toshifumi Akai who had worked as the Chief Animation Director on Magi: The Labyrinth of Magic. And don’t forget it’s a subsidiary of Aniplex. It was also debuted in Shibuya, Tokyo.

But atlas anime forms /r/ anime and some other people still didn’t think it to be anime. /r/ anime moderators removed the thread even though it was upvoted to the top at a rate of 98%. What /r/ anime consider as ‘Anime’, “an animated series, produced and aired in Japan, intended for a Japanese audience.” Which I felt Shelter meet all this requirements and if it wasn’t for fans like us who like many others that year, sent message after message forcing their hands to reinstate the post. Some angry fans leaked the name of the moderator who deleted the post. Threats where sent to mods 😂😂😂, calculating that safety was more important than principles reinstated the post and still maintain that Shelter with its international branding doesn’t fit in the anime genre and that it belongs elsewhere. 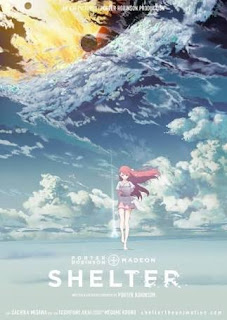 Let’s look at some of the things that makes Shelter awesome the video looks great. It was well drawn and well animated and is eye catching with colourful visuals and impressive imaginative landscape and the music in the background goes perfectly with the anime. But some may say Shelter is trying to be something more, saying it’s just Porter’s music meshed with beautifully animated sequence and it exemplifies everything wrong with storytelling taking a short cut in story development, just giving us a cute character, throwing her into a position of bittersweet melancholy and using that to manipulate our basest emotions.

I personally do feel it would have been good if they explored the story more, they only go out of their way to show us for a split second the main character’s letter from her father, making you spend time and read it on a second watch. It had fascinating visuals, the undertones of a post-apocalyptic world, the loneliness of being potentially the last human in the universe, but didn’t explore that more only showing us the loneliness lost in the profundity of memory.

But all this could be said to be a new style of short story telling giving us just the bits and making us imagine our own ideas to fill in the gaps. And wish they told us more about her father too, Instead of feeling like a trailer for something bigger to come. It’s only 6 minutes but if they were to ever make a real movie adaptation or series of this animation, I would definitely watch it in a heartbeat.

All in all it was simple, but powerful making me remember why I love anime. Its gives use something unique and a fantastic experience that’s hard to find anywhere. It would be good to have more productions and collaboration like this, colourful and fluid animation, music worked well and the cuts were really well done.

Shelter’s message was very impactful, it shows us the unconditional parental love and that our past, no matter how painful, gives us the strength to keep moving forward. Shelter is short but hits deep, showing why Anime is a great medium for making visions and imaginations come to life. 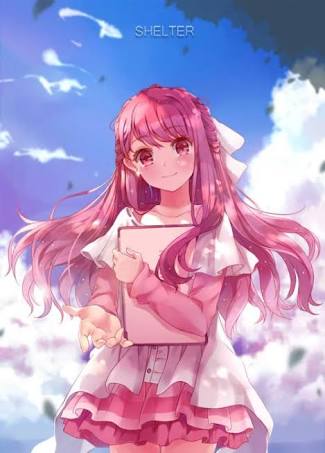