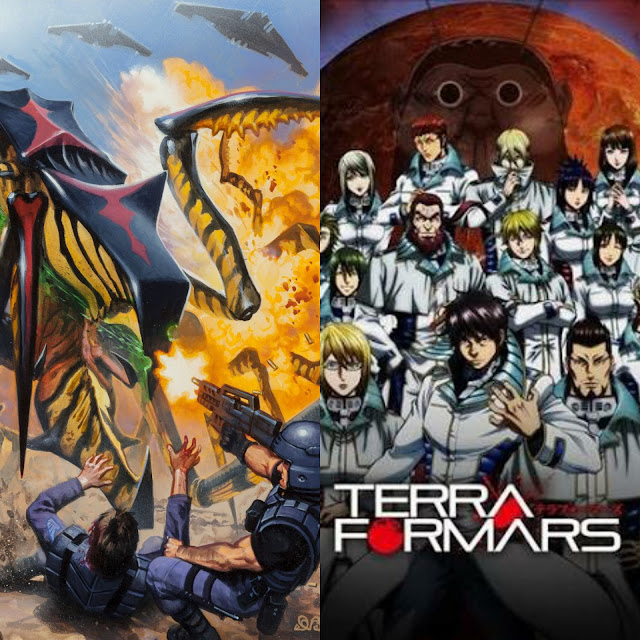 Hay everyone, today I want to talk about why I think Terra Form is so great and maybe even better than Starship Troopers. Yes I said it 😂😂😂am ready for anyone who emails me to tell me otherwise but I really think it’s that great.

Before we get into talking about their similarities and why I think Terra Formars is better. Starship Troopers: Traitor of Mars is out it came out in August and it’s the latest installment. Dien and Meyer are returning to their roles as Johnny Rico and Dizzy Flores and was written by writer who wrote the original Starship Troopers, Ed Neumeier.

In this part Rico is demoted and sent to a station on Mars, while the Federation move in on the home planet of the bugs. A surprise attack is carried out on the station by the bugs and with the Federation far away, it falls to Rico and a group of new recruits to protect the planet. Trailer is down

Now back to the main topic, I love Terra Formars 😂😂.  First let’s talk about the two for those who don’t know them. 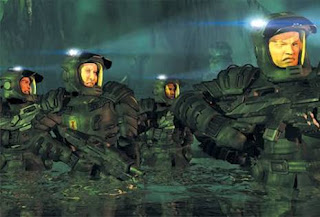 Its an American military science fiction action film written by Edward Neumeier. There is also a novel,animation series, game and other adaptations. The story follows Johnny Rico, a solider in a society ruled by a world government. In the mobile infantry, he fights in a war between mankind and insectoid species known as Bugs or Arachnids. In the 23rd century, while trying to colonise new planets, these species are encountered. For more info on Starship Troopers (click here) 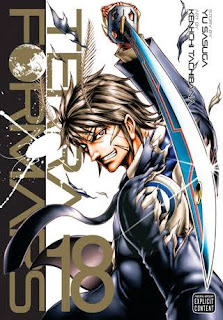 Its a Japanese manga written by Yū Sasuga. It also as anime and live action film adaptation to name a few. The story follows an attempt to colonize Mars with algae and cockroaches, on sending the first manned ship to Mars the Six crew members are attacked by giant mutated humanoid cockroaches called Terraformars and are wiped our after sending a warning to Earth. Now genetically modified humans are sent to Mars with only two managing to survive the expedition. A third trip to Mars is made again to find a cure to the A.E virus (Alien Engine Virus) that affect humans on earth, managing to collect samples for the research for a cure and returning home. They met Terraformars on Earth that have adapted to Earth and multiplied and are trying to take over the Earth. For more info on Terra Formars (Click here)

Why you should watch Terra Formars

First let’s start with the transformations they are really cool.

Am a sucker for transformations and Terra Formars is great and also secretly educational at the same time why you ask, well by genetic modification by implanting a special organ they inherit characteristics of other organisms. They tell you characteristics of the organisms, for example I never knew there were ants that could explode.

Unlike Starship Troopers that rely on only body armour and weapons, Terra Formars turn the soldier into a walking weapon. But please note that even though there educational aspect in Terra Formars, it can be gory so its not for children . 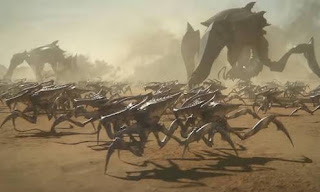 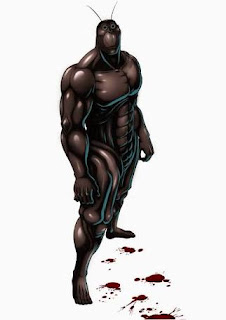 Well so far, Starship Troopers have bigger bugs that are as big as skyscrapers or maybe even bigger. But to me Terraformars are evil that as taken human form to me especially with that noise they make. I literally see cockroaches now and think, they are secretly planning against the human race now 😂😂.

They possess immense strength, endurance, agility, toughness and ability of flight, Us in human form, humans are no match for them. If Troopers tried to take them on the would end them easily. Terraformars are also intelligent learning how to use and reverse engineer advanced weapons. Plus since they are humanoid cockroaches, they are hard to kill because even if you smash them or remove a lim they won’t die and they also don’t feel pain. So once they plan to accomplish something the only way to stop them is to kill them.

They also steal the abilities of the soldiers that have undergone genetic modification, from their dead bodies and take away the women, but we have no idea so far what they use them for.

They are coordinated following the orders of their first Evolved Terraformar and in Negan fashion (The Walking dead) they bend to their knees in his presence as a sign of obedience. He developed structure, social order and organised large scale attacks. Even after his death it takes them only a week to reorganize themselves and continue developing. Now tell me that’s not any person’s nightmare, a well organised enemy that can easily adapt.

In Starship Troopers, the world is being ruled by a world government which on like Terra Formars does leave room for much plot development there. Terra Formars world is not ruled by one government but like how governing is done now, so every country as it’s own agendas and back stab each other when their motives are not the same. The United Nations Aeronautics and Space Administration  (U-NASA) is what brings America, Russia, China, Japan, Roman Federation and Germany to work together. Some countries even add self detonating bomb to their soldiers, just so that other countries can’t learn how they develop their soldiers. Every country is starting to develop faster than the others, but they all hold hands and pretend to be on the cooperation train. You will love it.
On like Starship Troopers that only use weapons or machines to fight, Terra Formars thanks to their genetic modification use a wild range of fighting styles, according to the crew members specialty. So you will see boxing, karate, judo, using baseballs to fight 😂😂😂 and yes I said it baseballs and so much more. And they still use guns too, but their futuristic type of warfare is one I feel is more fun to watch.
Like Starship Troopers it talks about a lot of social standing of people and character development. For example there are some people who join the Mars mission to pay for their children health issues, some seeking a better life for themselves because the pay is really good, a man who goes with his son in-law to find a cure to the A.E virus  to save his pregnant daughter. Your going to fall in love with a lot of the characters and see or understand why they are doing what they are doing. Every important character to the story as a back story that is shown along the way.
Terra Formars is a most watch for anyone who is a Starship Trooper fan because I think, it takes the fight on “bugs” to a new level. Its filled with action, suspense, drama, mysteries and so much more you will be wanting more after it ends for the season.

Leave your comments and thoughts, let me know what you think too when you watch it, I will be looking forward to hearing from you.