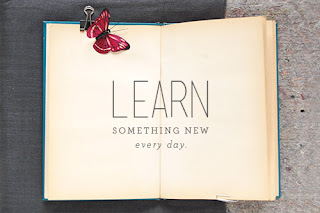 So, I think after my last post, we definitely must have discovered our talents. Well, that shouldn’t be all. Push yourself.
Personally, I find it really cool when I see someone that’s versatile. You know that saying “Jack of all trades, master of none”? What about you make it “Jack of virtually all trades, master of virtually all”?
Ok! Almost feels like I’m ranting. “What are you driving at?” “Go straight to the point already”
Ah! I’m sorry o, no vex (don’t be angry) 😅. I’m trying to build a better you. 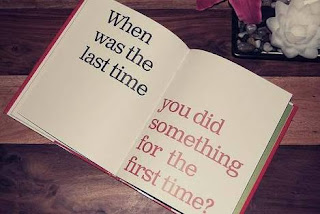 What I’m trying to say is challenge yourself to know other things. Yeah, you’re good at something now, but try to expand. I believe this new knowledge will probably even better this your new found talent(previous post) that you love so much.
No knowledge is a waste, trust me.
Basically guys, this month, I need you to try something new.
“How?” I’ll tell you

1. Try doing something peculiar to the opposite gender. For instance, if you’re a girl, you probably don’t like soccer, video games, war gist, etc. You know, those things that seem boring on a norms? Try them out now. It won’t only widen your scope of knowledge, it will help you socialize better, yeah! You’d be able to interact with anybody (parents, siblings, children) at any time. That guy you like will be more attracted to you 😉
As a guy, try something you regard as “feminine” 👎. Forget about being called gay, boo them. You gon be a ladies’ man (you have become a ladies man)😍

2. Try learning about your worst nightmare. Something that you find boring, awkward, weird, whatever it might be. Just study it. Thank me later.

This might seem hard, especially if you like to just be on social media. There’s a way out still, I gotchiu😁
Follow accounts similar to these things. If there’s no chance on earth that there’s an account, DISCIPLINE yourself. Use GOOGLE and other search engines. Search engines are your friend. I’m not asking you to go to a library, if that stuff ain’t on Google, DUMP IT, I repeat, DUMP IT😂 it can never be relevant.
Reading is tedious, I know, but try to take just 20-30mins every day to LEARN about that SOMETHING NEW.

Don’t forget to come back with an update( The word is Positive). ❤️ ❤️ ❤️

Last child of her family, a very open minded person, usually can be found on the web or listening to a friend talk on how bad their day was. Thinks a lot on religion and a day dreamer. Dreams to one day cover the world in her idea of fashion, which sounds more like world domination, one face at a time.