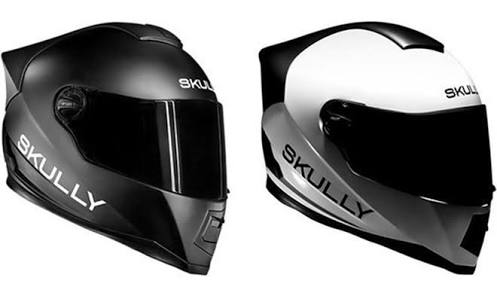 Skull Incorporated is back again with new engineers and advisory board, they promise there won’t be a repeat of the Indiegogo campaign of 2016, that left backers high and dry, when they folded up.
The Fenix AR as some cool tech that as been in cars for sometime now, but will make riding a bike more fun and bring new experiences. It as a rear view camera that displays a 180 degree view on a transparent head up display along with turn by turn navigation.
Connectivity will be allowed through bluetooth, voice commands can be used to make phone calls and play music. And all this will be available for  $1,899 later this summer of this year.
Click here to find out more on Fenix AR