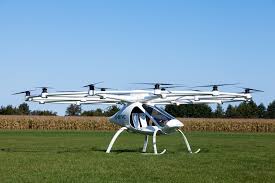 Regardless which ever, the idea of moving through the sky in a personal vehicle to get from one point to another is cool, and I for one am in love with the idea. It’s an autonomous drone that is emission free, so it appeals to everyone.

Am sure you are probably scared about get in one of this, but Intel as made it very safe and secure with ;

advert
end of advert
According to Nanduri on theverge.com it’s “so easy” I could fly it, a comment I’m still trying not to be offended by. Reuter takes it even father, “It is so intuitive to fly that you could put a five-year-old in here, without any explanation, and it will know how to manoeuvre this vehicle, ” he says.
They plan to have them in mega cities across the world.
Click here to find out more about it.