If you haven’t already watched Yuri on ICE, you seriously need to take one night to do so. Just these few episodes will be giving you all of the feels and you’ll fall in love with such vivid and well-developed characters.

So when we were given this month prompt for OWLS, I automatically knew what anime I wanted to do…

In honor of “Pride Month,” we will be discussing the word, “Pride” and its meaning. We will be exploring pop culture characters’ most satisfying and joyful achievements or skills that they possessed and whether or not these qualities could be seen as a positive or negative aspect in their personal lives and/or society.

Recently, after reading a fanfiction that had the characters dared to not have feels by the 11th episode of Yuri!!! on Ice, I decided to give it a try. I hadn’t seen it before but was determined to NOT have feels. 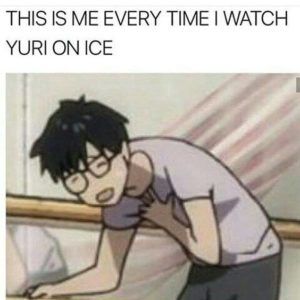 I LOVED it! The characters, the plot, the music…everything. Most interesting to me though, and the reason I wrote this post, was after sharing that I had watched, I received backlash from a few people for watching something openly yaoi.

I would like to start by saying that I don’t care what orientation a person is. A person’s race, gender, preference or even eating habits make no big deal to me. If you’re nice to me, I’ll be nice to you. How I react to an LGBT relationship is exactly how I react to a heterosexual one. I’m Asexual, which resulted in my divorce, so maybe that’s why, but it really irritates me when people become so bigoted and just downright cruel to people who oppose different ideas and feelings from themselves.

Yuri!!! on ICE broke new ground with a kiss between two adult queer men. In the latter, there is an apparent engagement, although both romantic instances were protected from potential outrage by suggestion. They are given their happy ending without being doomed to suffer for it, but at the same time, we never see Yuri or Viktor’s lips meet. At the crucial moment, their mouths are hidden by Viktor’s arm in what could be just an enthused embrace. 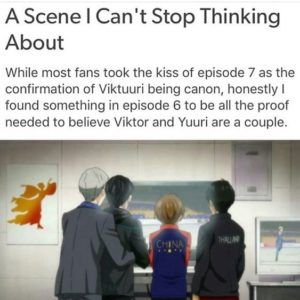 Homosexuality in the United States

PRINCETON, NJ/Gallup(SOURCE) – Americans’ support for the moral acceptability of gay and lesbian relations has risen.  Gallup finds greater movement toward acceptance among independents and Democrats than among Republicans, and a big jump in acceptance among moderates. Liberals were already widely accepting of gay relations in 2006, and have remained that way, while conservatives’ acceptance continues to run low.

I’m always surprised, since most of the friends I know, support an love all of my LGBT friends. It’s mostly the older generations that seem to have more of an “old fashion” issue with it. 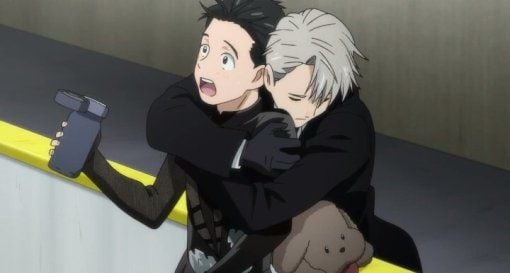 The internet could argue all day whether or not Yuri and Viktor are canon.  When Phicit announces that Viktor and Yuri are engaged/married at a crowded restaurant, there isn’t one negative comment about the fact they are both men. On the contrary, it seems to be accepted and celebrated.

However, in real life, as I stated before, people are not so accepting.  Of course, others will argue that they were just “good luck” rings and had no romantic intentions whatsoever.

See photo above for my rebuttal regarding THAT.

Another thing that could be lost in translation is that it was a tradition in Japanese cultures to ask their partner to take care of them…which Yuri did exactly.

So really,  if you look at the Japanese dialogue closely, Yuri really was asking Victor to be his coach… in the most romantic way possible. 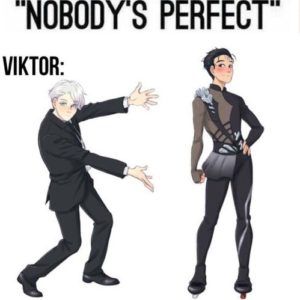 Maybe people can start seeing the deeper meaning in LGBT relationships, and start considering them as authentic.  We could use a little kindness and acceptance instead. We can take PRIDE in who we are as people, no matter what, and make the world a little better and accepting.

And Yuri On Ice!!! may be just one of the animes to help do that. After all, we were born to make history… 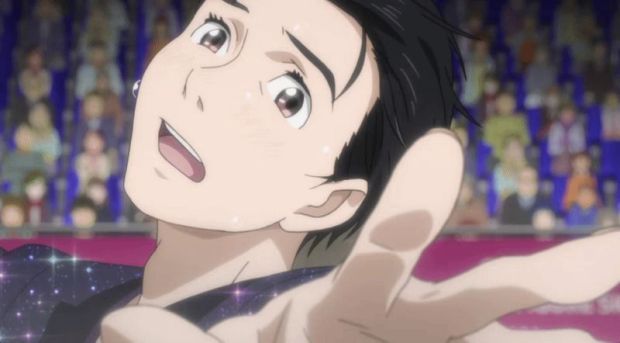 Spends her time watching anime and reading anything she can get her hands on. Also passionate about Disney, Harry Potter and helping those with depression and anxiety.
Articles: 117
Loading Comments...
Comment
×