How Not to Summon a Demon Lord: First Impressions

Needing a new anime show to watch, I scrolled through Crunchyroll to find How Not to Summon a Demon Lord and decided to give this new isekai(another world)game a try. This review is based on the first 4 episodes and minor spoilers are ahead. 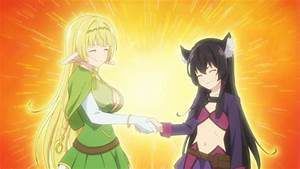 How Not to Summon a Demon Lord is based on a fantasy light novel by Yukiya Murasaki and is a love comedy.

Takuma Sakamoto is a shut-in who is obsessed with the MMORPG ‘Cross Reverie’ so obsessed in fact that he’s the most powerful character in the game, bequeathed the title of Demon Lord Diablo and something of a ‘final boss’ for other players who dare take up arms against him! But one day he wakes up in the fantasy world he loves so much, except he’s not himself in this world but rather has all the physical and power-based attributes of his online avatar, Diablo!

Shera and Rem attempt to summon a Demon Lord to aid them and instead summoned Diablo. Diablo is indeed a powerful demon Lord however, he is also a video game character played by Takuma who is trapped in Diablo’s body. Their summoning spell backfires due to Diablo’s powerful accessory that reflects all magic so Shera and Rem become enslaved to him. Diablo is nervous and confused about all of this, but determined to continue on and refuses to be seen as anything less than a Demon Lord. 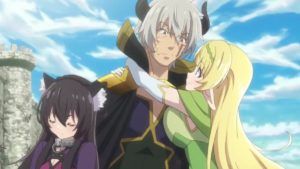 Not only does Takuma suffer from anxiety and social issues but he is stuck in the game with two female servants that did want to be his servants. So now he must work together with the ladies to help each other out and survive the game.

Ordinarily, when it comes to these Isekai shows I’d say something like “don’t be ridiculous they don’t explain the how of these things, it just ‘happens’!” But here it seems he was ‘summoned’ here by busty elf Shera L Greenwood and pantherian (cat girl) Rem Galleu. What the were expecting to summon was an obedient slave, but because of one of Takuma’s—or rather Diablo’s—magical items all spells are countered and returned to the caster, meaning these two girls are his slaves! 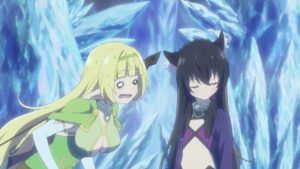 Are there any issues with the show?

So far, I’ve noticed just a few things with the show itself. Specifically with Takuma’s alternating personality, which I’m supposing is supposed to be funny but it comes across flat.

But once he’s in the game, Takuma’s dedication to online gaming makes him ultra powerful, able to suss out female characters’ problems because they follow a predictable gaming script and safe from having to actually converse with people because whenever he talks it automatically comes out in the “cool, tough demon king voice.”

Maybe I’m just vain, but I’m okay with that. Diablo is pretty hot, so now I have a new husbando! 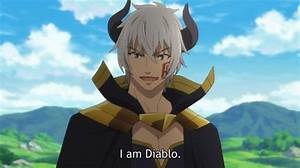 I’m all for fanservice when it’s done right.

He didn’t enslave them on purpose, it was an accident! But ya know, now that they are enslaved he’s happy to stare at their boobs and take advantage of them.

He didn’t want to assault Rem, that’s why he touched her ears! He was thinking of his cat! And very coincidentally the camera frames Ren’s reactions just like a sex scene, including her repeatedly begging him to stop before the moaning starts. And gosh, she’s just so grateful to him afterward; really, it’s for the best that he assaulted her.

If Takuma/Diablo had been in any way a jerk to these girls or mistreated them I’d have been against him from the get-go, but not only is he understanding of these girls he goes as far as to pledge his allegiance to Rem in order to help her out of her difficult situation. 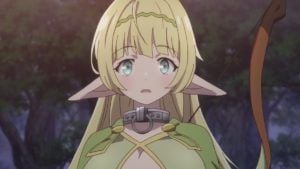 Shera also has bouncy enormous-boobs that precede her in just about every establishing shot. This just annoys me to no end. When every other scene focuses on this, it takes away from the plot and makes it no longer funny. Once or twice is okay but you want your show to have SOME depth to it 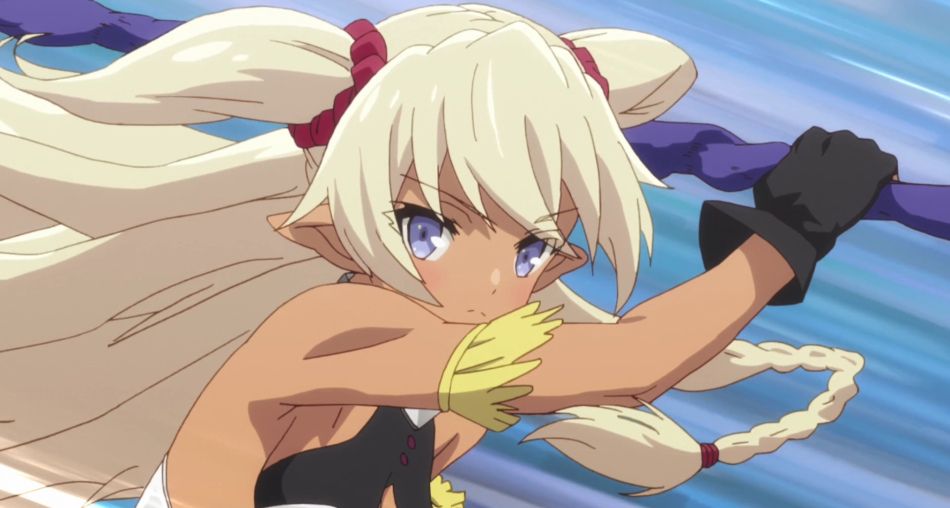 Episode 4 of How not to summon a demon lord,  ended as Rem and Celeste are confronted by a Fallen. Their efforts to survive only leave them with an option of running away and they are eventually cornered…until Emile, the self-proclaimed protector of women appears. Elsewhere, Diablo faces off against an opponent that actually manages to deal some damage since his arrival to within the game world.

This episode actually reeled me in.  The Fallen demon’s strength combined with his lack of hesitation of killing anyone in sight and Diablo’s range of power to slay whatever opponent he meets regardless of the number of foes had me on edge. However, the best parts of Episode 3 belong to the lesser characters Emile and Edelgard. 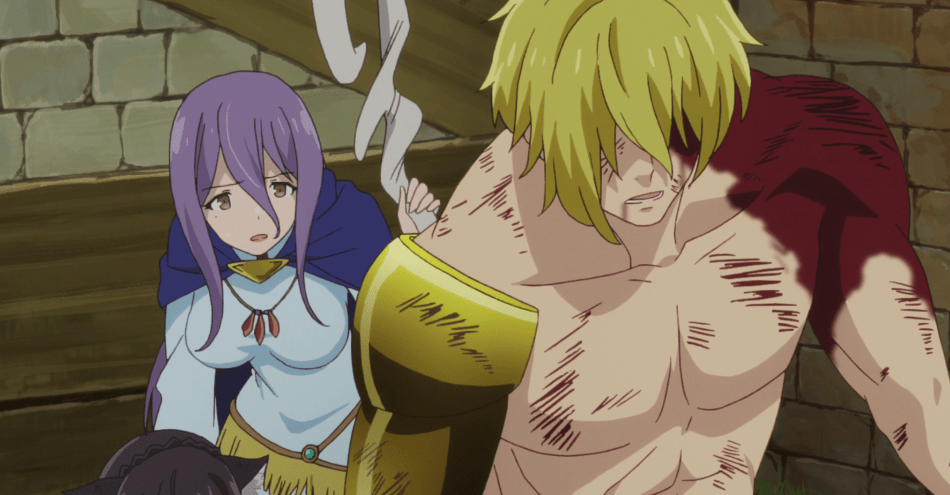 Emile was a hilarious addition to last week’s episode with his antics, however, this week he takes a whole new light. Even though he is clearly much weaker than his opponent, he stays around to withstand all of the magical abuse he can until Diablo shows up.

Emile reminds me of Tamaki Suoh in a way with his actions. He’s a keeper for sure. I’m lowkey shipping him with Rem at the moment.

Edelgard is very similar to Emile this week as she taps into her own powers to attack Diablo, however, Edelgard is clearly much stronger than Emile. If this show gets popular enough to warrant a spin-off, Edelgard should be first in line for a show of her own. I deeply desire to know where she comes from and how she developed the strength she possesses.

Sure, she doesn’t do much to Diablo, (he suffers from anime male protagonist syndrome), but her strength should definitely be showcased more in the series. Unfortunately, though, I fear she could potentially end up a part of his harem. She is in the picture for the previews as part of it, so…yeah.

Although this week does take a nose dive into unnecessary, (but this time kind of amusing), fanservice this week, How Not To Summon A Demon Lord certainly will please fans and its guilty pleasure viewers this week. 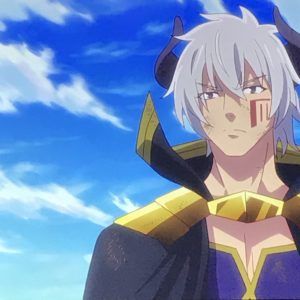 Have you already watched this show? What did you like or not like about it? Let me know in the comments below!

Am I Ugly? Princess Jellyfish Review

Otaku Problems and Why We’ll Rule the World

Spends her time watching anime and reading anything she can get her hands on. Also passionate about Disney, Harry Potter and helping those with depression and anxiety.
Articles: 117
Loading Comments...
Comment
×